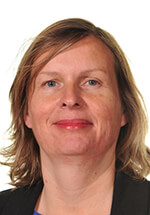 Lindsey Stewart worked as an English Teacher at Woldingham School before joining Babington House. She has a doctorate in nineteenth-century literature and early psychiatry which was funded by the Arts and Humanities Research Council. She is also an experienced A level teacher and Senior Examiner.

Before completing her teacher training at Brunel University, Lindsey worked as a Policy Planner at the Foreign Office. Her writing has been published in academic journals and books, as well as specialist A level English Literature publications. Currently, Lindsey is introducing the Extended Project Qualification at Babington House which she hopes will give students a valuable insight into the research skills required at undergraduate level.