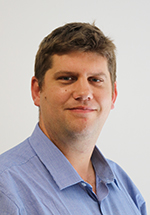 Fred Ball studied English Language and Literature at Oxford and the Open University, before winning a scholarship to complete a Masters in European and American Literature at Kent University. He has lived and worked in Russia, Italy and France, and at West Heath School and Maidstone Grammar School for Boys. In his spare time he enjoys reading and writing poetry, making music, and is at present writing a children’s story for his nephew.

‘At school I never considered English lessons to be work. From a young age I knew that I wanted to do something related to literature. My goal is to inspire my students as I was inspired by my own English teachers.’