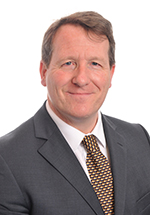 Before coming to Babington House School in 2013, Tim Lello worked as the Senior Tutor at Queen's College London. He has studied at the Universities of Cambridge, Newcastle and London and at the Institute of  istorical Research.

He has enjoyed over 22 years teaching experience, specializing in A Level Politics and History. He has worked as an A Level History and Politics teacher at Cranbrook School where he was also in charge of Oxbridge Admissions, St Albans School and Queen's College London and he has also worked as the Head of History and Politics at Aldenham School. He has developed a particular interest in enabling British students prepare for admission to American Universities, something he has had experience of delivering at Queen’s College London.