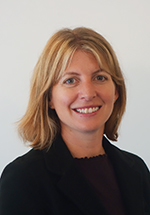 After graduating from the University of Birmingham with a degree in Ancient and Medieval History, Gemma Bailey completed her MA in Heritage Management which led her to work with collections in museums in Birmingham and London. She subsequently worked in Financial Markets for 5 years in the City of London before deciding to return to her historical roots and completing teacher training at the Institute of Education.

Prior to joining Babington House School, Gemma taught History and Politics for nine years at Townley Grammar School in Bexley, where she led the extra-curricular history club as well as overseeing the ‘Lessons from Auschwitz’ Sixth-Form programme. Gemma is passionate about history and politics and is looking forward to enthusing her students in the Sixth-Form at Babington House School to achieve their full potential in a subject which they love.